Oh, the season of all things spooky and dreary. It’s always a popular time of year to fill your queue with classic films such as ‘Frankenstein’, Hitchcock’s ‘The Birds’, and ‘An American Werewolf in London’. Or maybe you’re the type of person who likes the horror-comedies like ‘Young Frankenstein’ and ‘What We Do in the Shadows’. Whatever your taste, there’s always one thing a horror movie has in common: enticing and suspenseful design.

Hold onto your popcorn, design and film nerds; it’s time to jump into some favorite horror films and their poster designs.

Creature from the Black Lagoon (1954)

In the 1950s, sci-fi and horror films were often designed with the eye-catching design that was often found in comic books during the time. In the classic Creature From the Black Lagoon, the hero of the poster is an illustration of the Creature kidnapping the main female lead. The title floats above the image with a style that’s hand-drawn and representative of 1950s comics. 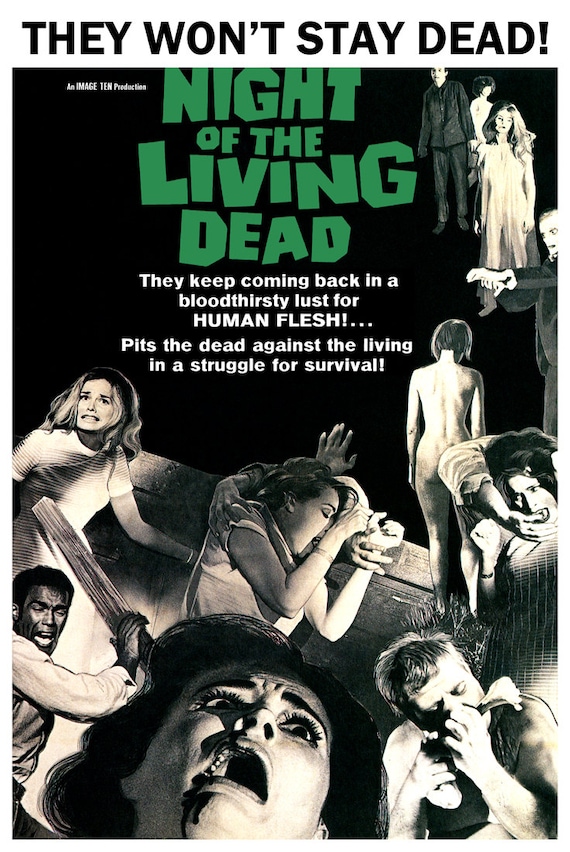 In George A. Romero’s classic, the poster for Night of the Living Dead has a recognizable movie title. The typography is imperfect, varying in size and angles, with a deathly green that makes it impactful and unsettling. The title grabs your eye being the only thing in color on the poster, next to faces of the cast expressing fear in the movie.

Anyone who is aware of Saul Bass’ work is well aware that he worked closely with Alfred Hitchcock in much of his work. The title is the most prominent on the poster, large and impactful but with a large rigged cut going through it. That alone should set a horrific and suspenseful tone for what’s to be expected in the film, supported by the cast in shots that are left ambiguous.

The Exorcist has gone down in horror film history as one of the scariest films created. What’s interesting with the poster design was that designer Bill Gold was told to not include any religious connotations, despite the content of the film. This gave the poster a suspenseful shot of the priest preparing to enter the home of the possessed girl. The typography above is a serif font in all caps, displaying a level of seriousness. 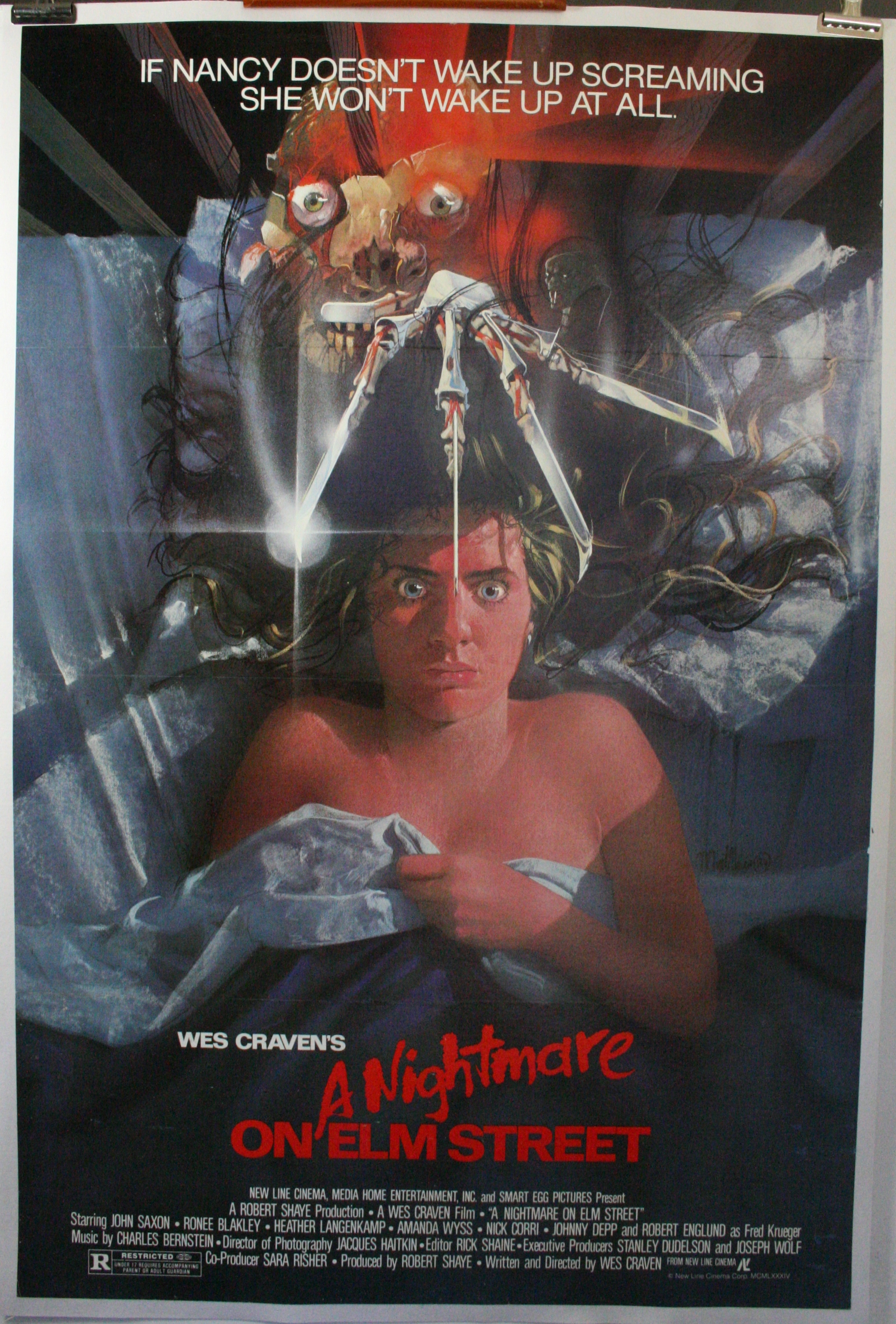 The 80s was notorious for their slasher horror films, and the many sequels to come following them. The poster for A Nightmare on Elm Street was so well received, that the artist continued for the majority of the Freddy franchise. The illustration of Nancy, the main character, wide awake in bed with Freddy’s notorious hand looming over her head paints exactly what the film is going to be about. The title remains unchanged with every film poster, with “A Nightmare” being handwritten over the typed “Elm Street”.

These are just a few famously known movies throughout various decades of horror film. However, there is so much more worth indulging in. And who’s to say you should wait until October to do it?