After months of gradually easing travel restrictions, Japan has finally reopened its borders to tourists and we couldn’t be more excited.  Looking forward to the opportunity to pack my bags and return to the land of the rising sun, I’ve put together a list of some of my favorite design and tech things about Japan.

A country that’s well-known for being not only technologically advanced but also for compelling storytelling through its anime culture, Japan is an amazing place to go for inspiration on unique designs and implementations that make the lives of the Japanese people (and tourists!) easier.

Some of these ideas may look strange or bizarre, but once you understand the reasoning behind it- you will be wondering why where you live hasn’t implemented them yet. 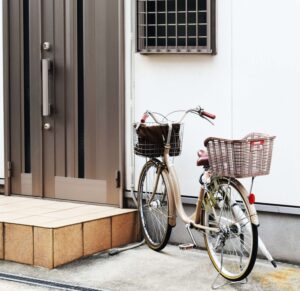 In most large cities throughout Japan, bicycles are one of the main means of transportation. Bicycles are also used to transport things like groceries, small children, etc. They are often equipped with multiple baskets of different shapes and sizes to help with holding anything that you need.  Who needs a car?

If you don’t want to operate your bicycle manually, just pick up one of the many electric bicycles that are great when having to tackle those steep hills. Electric bicycles are slowly becoming a thing in here the West (especially in our hilly San Francisco headquarters) but still not on the level of the ones found in Japan.

One of the things I noticed when I lived in Japan is how cars designed like cubes are everywhere (think, the Nissan Cube). The main reason for this is to combat the narrow Japanese roads and parking spaces. Not only does the design help to reduce the space the vehicle occupies, but you would not believe how very spacious they are on the inside and they don’t take much power to operate. 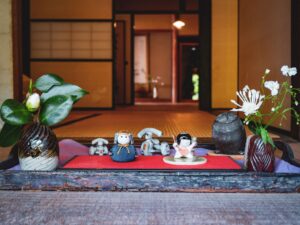 The architecture in Japan really has an impact on me, it started my interest in the country in the first place. From castles to shrines, everything built in the country has a lot of cultural meaning. From a technology perspective, since earthquakes are a common occurrence in Japan, most homes and buildings have to be built to withstand them. This is accomplished thanks to a high-rise construction method that uses a grid of steel beams and columns that evenly distributes seismic forces across the structure and diagonal dampers that serve as shock absorbers. Using this method, most homes will be able to survive an earthquake both big and small.

A total must if you visit Japan is to check out a Capsule Hotels. They come in very unique designs that are great to stay in if you need a cheap and quiet place to sleep for the night. They are equipped with everything you need and you don’t have to worry about not having privacy. Some hotels have rooms available in a standard capsule-like shape or if you want a more luxurious experience, cube-like rooms are available for a higher price. So if you are trying to get the most out of Japan while traveling to different cities, consider giving one a try. 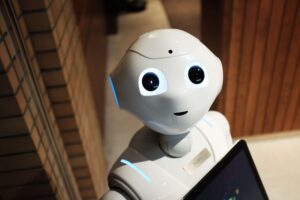 Many fear that robots will take over the world. Well…in Japan they slowly are. They can have a bunch of different jobs like the TX SCARA which is used to restock items in convenience stores, or the cool square robots that go around stores to advertise new items, to humanlike ones that give you information and respond to your questions. These robots are very interesting to watch since they are programmed to go around people if their path is blocked or know how to kindly end a conversation… unlike some people we know. 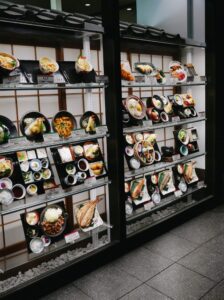 Food in Japan is something wonderful to experience. Not only is the food extremely delicious, but it is also made with natural ingredients which help to make every last bite of your meal worth it. When wandering the streets of Japan looking for your next spot to eat, you may come across food menus that give you a visualization of what your meal would look like. (Very different from that of American fast food, which never looks like the picture that is used in advertisements.) But in Japan, they up the game again with Food Models.

These food models or shokuhin sampuru in Japanese, are realistic plastic versions of the food displayed in the window that draw customers into the restaurant and makes it very easy for non-Japanese speakers to point out the meal they want. Here’s a great video of how food models are made.

Vending Machines are be found all over Japan and come with a variety of items. From warm drinks and soups for those cold months to fresh produce (found in more rural areas), these are great places to use all those extra coins you’ve been collecting. You can get toys, booze, flowers, fish… pretty much anything you can think of can be available in a Japanese vending machine. Seeing how popular and convenient vending machines are, many restaurants like Ringer Hug, are using this to their advantage to sell frozen meals that can be heated up at home and enjoyed in minutes.

There are so many more amazing things that have been made in Japan. Feeling inspired? What other things from Japan do you appreciate?