So you’re fortunate enough to have a job, but you can’t go into the office?  What a great opportunity to do a long-cook recipe.  Since BBQ isn’t quite set-and-forget like a crock pot is, you gotta be around to check on it once in a while.  Having recently acquired a free Traeger grill while out on one of my runs, I utilized my electronics skills to diagnose and repair it.  It’s a little bit ugly, but it works! 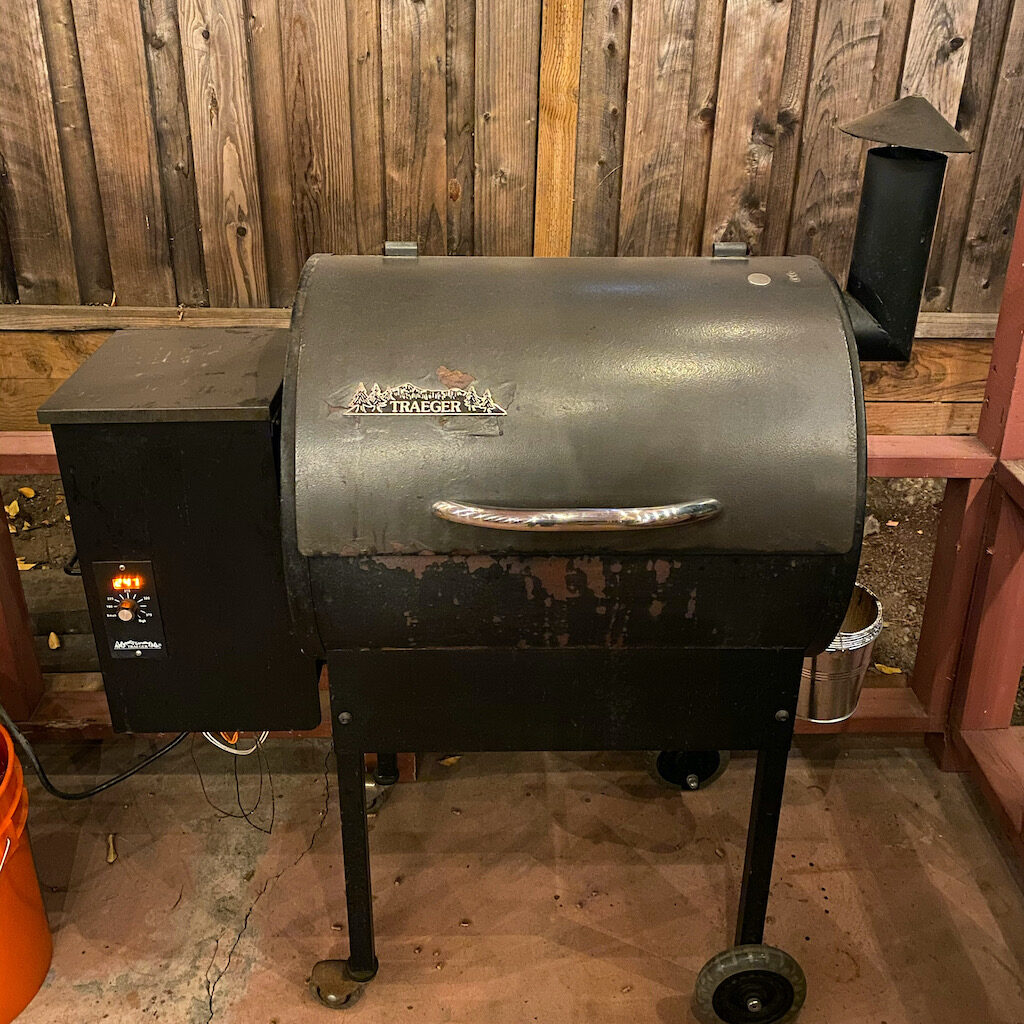 Now, you can’t just throw ribs in a grill and forget about them.  They need to be checked on periodically.  So doing this required my scheduling the cook time around my work schedule (not the other way around!).  I timed it so I got everything going during my lunch break, and set up a wireless thermometer to monitor things from my desk.  Then, I didn’t have to get up and check on them unnecessarily.

After talking with a friend that has a smoker (Traeger), and browsing through the numerous recipes Traeger has on their site, I ended up with a mishmash of recipes.  So I really sort of ended up with my own, I suppose you’d say.  Here it is.

I used three whole racks of pork ribs for this.

Some like to precisely measure these and mix them up prior to rubbing, but I prefer to sprinkle them on directly and wing it, honestly.  It seems to work out pretty well.

In the end, I was able to work, check on my BBQ, and end up with great results by dinner time!  Everyone thoroughly enjoyed them. 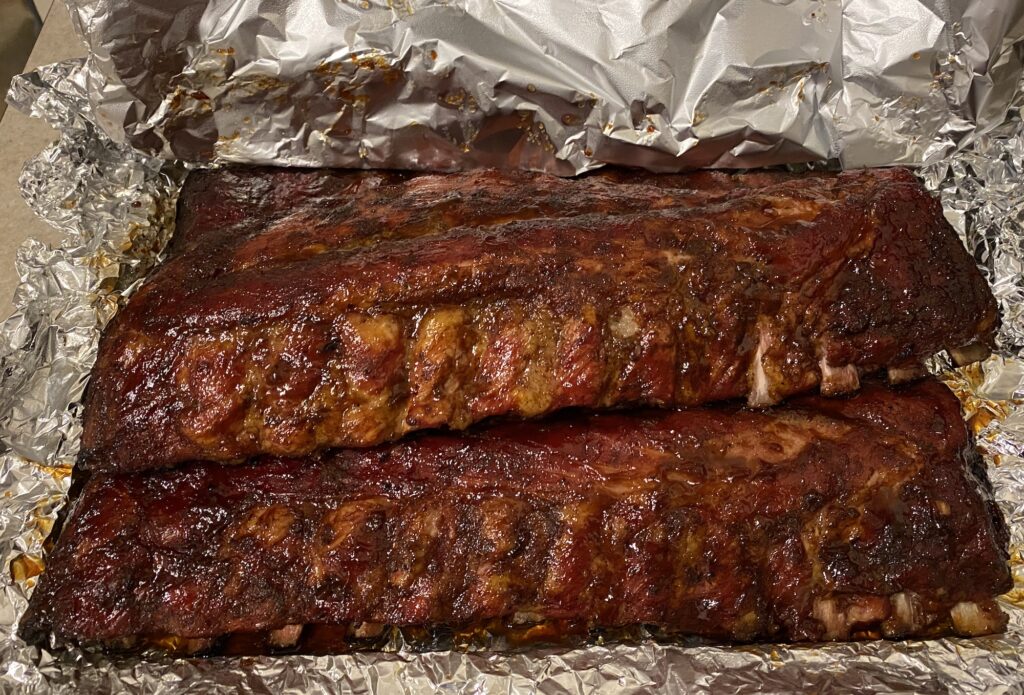